Malaysian-Canadian couple ordered to pay 165,000 US$ to Swiss rainforest campaigners

(BASEL / SWITZERLAND) Sakto Corporation, an Ottawa-based real estate group failed with a high-stake bid to obtain an injunction against Swiss environmentalists over money-laundering allegations. A Swiss court ordered the Canadian group and its owners, Malaysian-Canadian entrepreneur Jamilah Taib Murray and her husband Sean Murray, to pay 166,000 Swiss Francs (US$ 165,000) in damages to the Bruno Manser Fonds and to Lukas Straumann, its executive director. The Basel-based charity named after missing Swiss rainforest advocate Bruno Manser engages in rainforest protection and the rights of indigenous peoples of Sarawak, a state in Malaysian Borneo.

Jamilah Taib Murray is the daughter of Abdul Taib Mahmud, the current Governor and former long-term Chief Minister of Sarawak. An investigation by the Bruno Manser Fund shows that Ms. Taib and her husband’s real estate group controls over $250 million in real estate assets in Canada, Australia, the United Kingdom, the United States and Malaysia.

“We welcome this decision which encourages us to continue fighting against corruption and money-laundering by Malaysian rulers”, said Lukas Straumann, the Bruno Manser Fund’s executive director. “The destruction of the Borneo rainforest can only be stopped if we tackle the underlying political corruption.”

Ms. Taib started her real estate business in Ottawa in 1983 with funds admittedly provided by her father, a controversial Malaysian politician. Despite continuous losses, her business flourished thanks to a multi-million dollar influx of funds from the Sarawak Chief Minister’s closest relatives. In its “Safe Haven Canada” report, the Bruno Manser Fund called on Canadian authorities to prosecute Ms. Taib and her businesses for money-laundering. An attempt to sue Ms. Taib's businesses by means of a private prosecution failed in February 2018 when a Toronto court refused to grant the Bruno Manser Fund disclosure of Sakto’s financial records.

Last August, Ms. Taib, her husband and Sakto Corporation sued the Bruno Manser Fund for defamation. They filed for an injunction to ban 255 publications by the group, including the book Money Logging by Swiss historian Lukas Straumann. However, on 6th Februar 2019 the Basel civil court dismissed the application and ordered the plaintiffs to pay 166,000 Swiss Francs (US$ 165,000) in damages and 20,000 Swiss Francs of court costs. 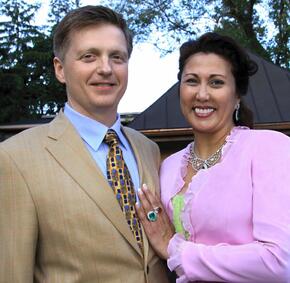