LONDON, UK. Sarawak Governor Abdul Taib Mahmud ("Taib") has missed out on a historic opportunity to explain the sources of his extreme wealth. A chair reserved for Malaysia’s longest-serving politician at a panel discussion in London last night remained empty. Neither the Sarawak Governor nor his London lawyers, Mishcon de Reya, turned up at the launch of Money Logging: On the Trail of the Asian Timber Mafia by Lukas Straumann, a non-fiction book whose appearance Taib had in vain tried to stop.

Author Lukas Straumann had challenged the Sarawak Governor to participate in the event and explain the sources of his wealth after Taib had been described by his lawyers as an "ultra high net worth individual“. In a letter to Straumann released today, Mishco de Reya refused to clarify how their client had lawfully acquired his wealth during 51 years in office as a cabinet minister and said "the onus is on you to prove your own allegations to be true, not upon our client to disprove them.“

In his book Money Logging, Straumann accused the Sarawak Governor of criminal offences such as grand corruption and misconduct in public office, allegations that Taib was unable to disprove. Mishcon de Reya also failed to justify why Taib’s nine siblings, his four children and his cousin had simultaneously become extremely wealthy after their family head had become Chief Minister of Sarawak in 1981.

On Thursday, Mishcon de Reya also threatened legal action against the BBC were they to broadcast an interview conducted with Straumann on Taib corruption in Sarawak. Taib is currently being investigated by Malaysia's Anti Corruption Commission, MACC. 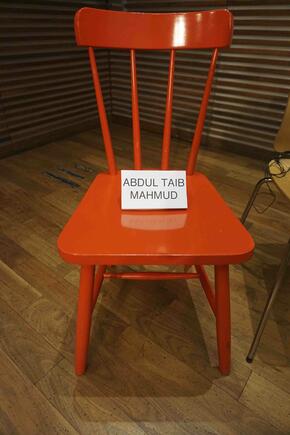