In an interview with Australian journalist Hendrik Gout, John Kiosoglous, an Adelaide lawyer and former university colleague of Taib Mahmud, tells how he had been personally asked by the then Sarawak Chief Minister to become a director of one of Taib's family businesses, the Hilton Hotel in Adelaide.

Kiosoglous said he had travelled to Sarawak, where Taib had told him that he had "one of the best reforestation programmes in the world". Kiosoglous also said he had "no knowledge whatsoever" where Taib had got the money to buy this hotel. Kiosoglous is a director of Sitehost Pty Ltd, the company operating the Taib family-owned Hilton hotel in Adelaide.

The Bruno Manser Fund calls on Malaysia's Anti Corruption Commission, MACC, to summon Mr. Kiosoglous as a witness to testify in its inquiry on Taib corruption. Hitherto, Taib Mahmud had always denied having being personally invovled in his family's numerous overseas businesses.

According to the constitution of Sarawak, the Chief Minister and Governor are prohibited from getting actively engaged in any commercial enterprise. 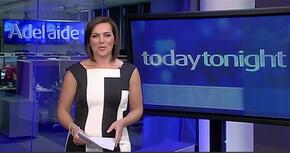