The report, entitled “Corruption Management Sarawak – Cahya Mata Sarawak and Malaysia’s Taib family” analyses 89 contracts granted to CMS by Malaysian government agencies between 1993 and 2013. The contracts include the MYR 295-million construction of Sarawak’s new State Assembly Building (DUN) in Kuching and a 15-year contract for the maintenance of all state roads in Sarawak granted in 2003, valued at an annual MYR 86 million.

CMS, a formerly state-owned company, was privatised into the hands of the Taib family by a series of reverse takeovers in the early 1990s. Subsequently, it became Sarawak’s single largest recipient of public contracts. For the past 20 years, the former Chief Minister’s family has controlled the group with eleven family members being involved as shareholders, directors or members of CMS’ senior management.

According to Maybank IB Research, CMS is a major beneficiary of SCORE (“Sarawak Corridor of Renewable Energy”), an industrialisation programme that entails the construction of a series of controversial mega-dams in Sarawak. Potential SCORE investors, meeting from tomorrow in Kuching during the “International Energy Week 2015”, are asked not to invest in SCORE as long as CMS and other Taib family endeavours are among its main beneficiaries.

The Bruno Manser Fund calls on Malaysia to set up a Royal Commission of Inquiry to examine the privatisation of CMS into the hands of the Taib family and to freeze and restitute all CMS shares held by Taib family members.

The report on "Corruption Management Sarawak" can be found at: http://www.bmf.ch/upload/berichte/cms_report.pdf 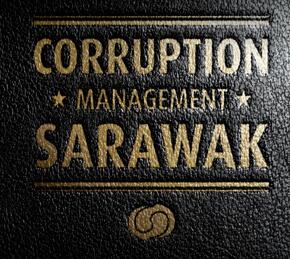