I've spent the past week of my winter break buried in a book (and an excellent piece of investigative journalism) entitled 'Money Logging' by Lukas Straumann. When I first received delivery of this book, I eyed with skepticism what I thought was a rather sensationalist blurb on the front cover - "Read this book and weep. But then get angry." But now, having thoroughly gone through the entire book, I can truthfully tell you this: for me, at least, that blurb was far from sensationalist. I did read it, and I did get incredibly angry, and as much as I hate to admit it (my friends will attest to the fact that I ordinarily have tear glands of stone) - I did weep.

In this book, Strauman - a historian and the executive director of the Bruno Manser Fund - provides an account of deforestation in Borneo's forests as orchestrated by Taib Mahmud (former chief minister of Sarawak), as well as its resulting threat to the indigenous Penan tribe. Here, I must add that up to this point, I'd only known that Taib was an inordinately powerful politician who'd somehow managed to sink his fingers into many different pies in the country (most notably, in the timber industry). But this book helped me shed further light on three main things: that is, i) the extent of his power; ii) the way in which he has and continues to consolidate power; and ii) the impact of his abuses of power.

i) Extent of power

What surprised me most about the extent of Taib's power was how far-reaching it really is. In the first chapter of this book, Straumann exposes the numerous multimillion-dollar companies controlled by Taib and his family members all over the globe: Sakti International Group (San Francisco), Wallysons Inc. (Seattle), Sakto Group (Ottawa), City Gate International Corporation (Ottawa), Ridgeford Properties (London), Sitehost PTY (Adelaide), and of course, the Taib family holdings in Malaysia. And in yet another chapter, he details the key buyers that create unsustainable demand for Sarawak's tropical hardwood: Japan, Taiwan, South Korea. According to Straumann, these three export markets alone "absorbed nearly 90% of the timber exports from Sarawak" (p. 109), presumably with lucrative kickbacks to the Taib family. (And while we're at it, here's a bonus article about how Japanese demand for timber - this time from the 2020 Olympics - drives the destructive industry back home.)

Then, in remarkable detail, Straumann goes on to give account after account of the rampant cronyism and bribery that binds this web of illicit wealth together. To summarize the entire book in a paragraph would be quite a feat - so to put it more succinctly: "The conditions for timber exporters were clear; without kickbacks to [a Taib family company], there would be no export permit" (p. 108). Or, to paint an even more scandalous picture of the corruption and nepotism that routinely takes place in the Malaysian timber industry, allow me to digress a little and revive what was once a viral video: Inside Malaysia's Shadow State, by Global Witness. Chances are, you've already watched it (especially if you're a Malaysian) - but even if you have, I'd urge you to watch it again. The public furore may have quieted down, the video might have left circulation on our newsfeeds, our attention may have been diverted to other issues - yet whether we're conscious of it or not, these transactions still continue from day to day, and it's good to be reminded that they still exist.

Moving on, this book gets even more interesting when Straumann begins to dissect the models that the Taib dynasty has perfected for staying in power and generating more wealth. And through my readings of Straumann's work, I've identified what I think are two of the most key ones. The first has to do with Taib's and his cronies' consolidation of power in the domestic arena:

"The principle is as simple as it is criminal. Politicians in government hand out logging concessions to their favorites and, in return, pocket bribes, which they use to finance their electoral campaigns - as well as for private purposes. Given that there are virtually no other sources of funding for the political parties - and that electoral campaigns are extremely costly in the remote rural regions of Borneo - those in office have a decisive advantage over challengers. In Sarawak, whoever managed to gain control of the logging concessions was in a position to harvest enormous sums of money and win every electoral campaign by a wide margin, making it virtually impossible to force them from office." (p. 98)

And then Straumann presents yet another model, this time of how Taib's companies consolidate power internationally:

"Twenty years after their international expansion, the timber corporations from Sarawak are still playing an important role in the worldwide tropical timber business, which is far from becoming sustainable. ... One thing they all have in common is that they have thrived thanks to a political climate rife with corruption and to an extremely lax application of the forestry laws, making it possible to flout rules more or less at will. As a result of the high profit margins in tropical timber, they subsequently moved into new fields of business, such as hotels, real estate, media, shipping, and palm oil production." (p. 224)

As a whole, both models work on different levels, but have one common feature that results in near-guaranteed success every time: they each form a positive feedback loop - a vicious cycle - that continuously amplifies and has some sort of a multiplier effect upon the original misdeeds of these companies. And this has resulted in the Taib dynasty growing increasingly wealthy, and also increasingly difficult to uproot, as the years go by.

iii) Impact of abuses of power

Straumann paints a frightening picture of the consequences of the Taib family's actions upon the natural environment and indigenous people in Sarawak. Digressing a little, it's possible to view and analyze these impacts through the Bruno Manser Fund's Sarawak Geoportal. This portal has a collection of customizable maps and satellite images that allow users to view and compare various aspects of Sarawak's development (ranging from indigenous culture, to land encroachment, to politics, etc). Needless to say, these maps are of inestimable importance both in tracking environmental degradation, and in supporting land rights claims by indigenous groups.

In terms of the former, Sarawak - one of the world's most biodiverse regions - has been stripped down to a mere 5% of its original virgin forests. I've pulled a couple of screenshots from the geoportal to give you a better idea of what this massive deforestation looks like -

And here's the deal: while the loss of our ancient tropical rainforests and rich biodiversity is a tragedy in itself, it lends itself to an even further tragedy - that of the destruction of orang asli lives and livelihoods. Straumann narrates accounts of Penans who can no longer hunt and forage with ease in the forest, who are forced out of their ancestral homes by oil palm plantations, who are uprooted and displaced in favor of hydroelectric megadam projects. He tells the story of Along Sega, who died without seeing the earnest dreams of his adopted lakei Penan, Bruno Manser, ever coming to pass. He recounts the courage of the Penan people, who - though by nature gentle and non-confrontational - put up blockades of wood against timber magnates. He narrates both the triumphs and the struggles (though far more of the latter, unfortunately) of a beautiful people in a beautiful land that has been scarred by corruption and cronyism.

As a whole, I believe that Straumann has done an admirable (and not to mention, very brave) job of unearthing and exposing some of the most corrupt acts that Malaysia - and perhaps even the world - has seen. Even if just half of the things written in this book were true, it would be cause enough for the environment and Sarawak's indigenous tribes to suffer remarkable devastation - and by virtue of this, should also be cause enough for us to sit up and take notice and actually do something. (And an additional note here that I actually do view Straumann and the Bruno Manser Fund as highly reliable sources!)

But what can be done? Most of us aren't in the position to take on the timber barons of Sarawak; neither are we in the position to write yet another Straumann-esque exposé. So here are a few small but entirely practical things that we can do that might make a little difference:

- Read the book. Thank the heavens that it's not banned in Malaysia. It's an incredibly important text, whether you're interested in the environment, indigenous rights, Malaysia, history, politics, economics, finance and investment, sustainable development, corruption, or even psychological warfare. And it's really absorbing too; you're not likely to get bored.

- As far as possible, avoid patronizing banks that do business with companies associated with illegal and unsustainable deforestation. Among the financial institutions singled out by Straumann are: HSBC, Deutsche Bank, UBC, Goldman Sachs. There are probably more.

- Watch an awesome documentary called Sunset Over Selungo. In just a bit less than 30 minutes, you'll get a pretty comprehensive (and beautiful!) overview of the culture of the Penan Selungo, as well as the complex issues that they currently face.

- Support the Penan Peace Park! It's a plan drawn up by Penan people themselves, aimed at "uniting forest protection with socio-economic development". The park covers 163,000 hectares of land, of which 60% is still intact primary rainforest. There's a tab for donations on the website if you're up for it.

And of course, given the opportunity, make friends with orang asli folks. They're some of the best people around. This one's to all my Penan friends at Long Lamai and beyond! 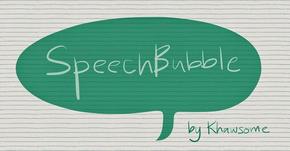